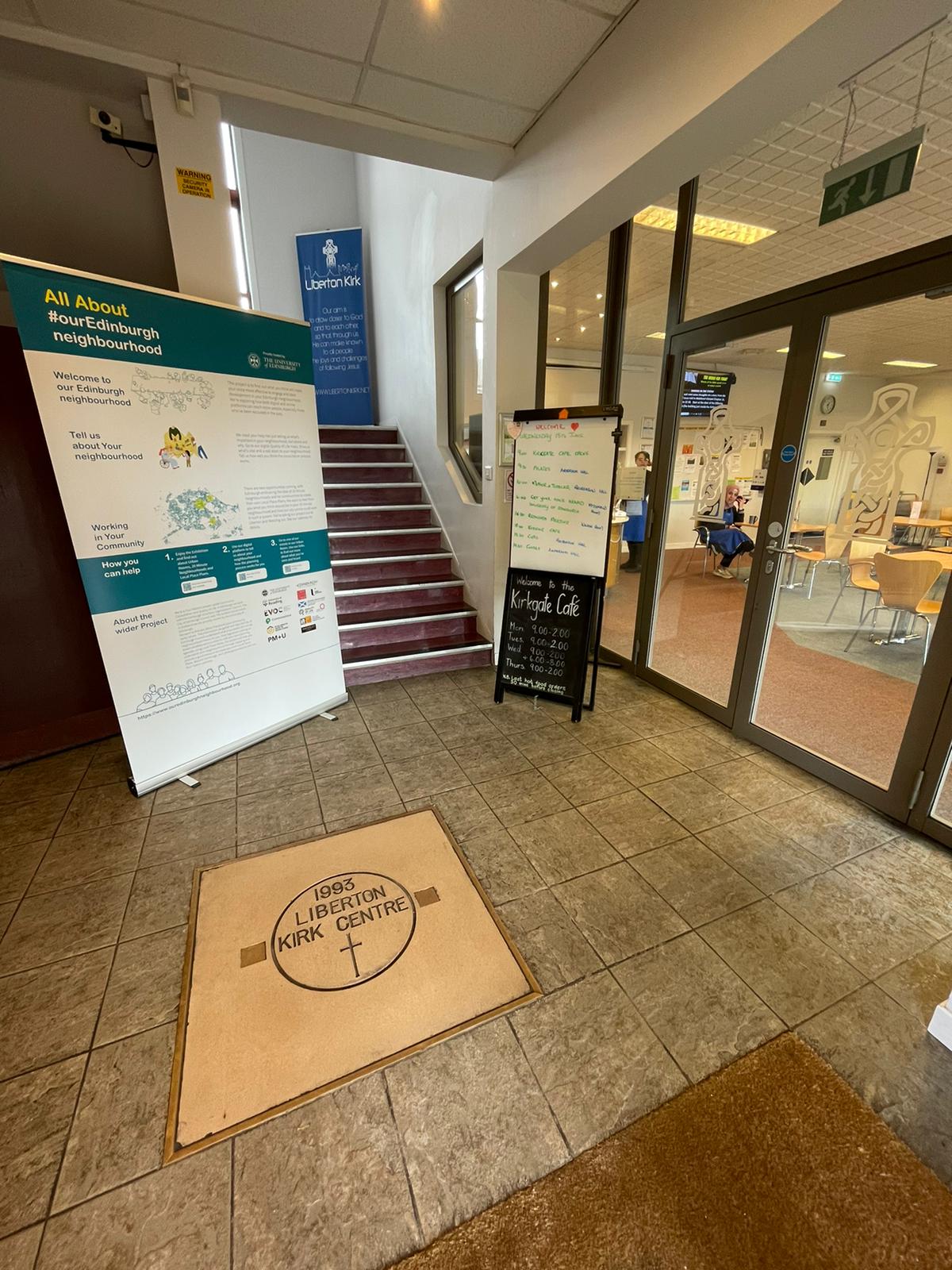 By Matthew Morgan6 September 2022No Comments

Edinburgh makes an addition to the Urban Room framework with remote pop-up exhibitions.

The Community Consultation for Quality-of-Life research project has concluded three out of its four urban room pilots and is approaching the launch of its final pilot in Belfast in just a couple of weeks. Starting with Reading in March, each city has taken its own approach to the pilot while learning best practices from their predecessors. Given that the point of the project is to accumulate best engagement practices, while it is necessary to have uniformed conventions across cities for the sake of consistency in the quantitative data, new approaches in gathering the qualitative aspect of the research allows for more diversity in its findings.

The Our Edinburgh Neighbourhood project sought out to do just this by introducing remote pop-up exhibitions to the typically static urban room exhibitions. The urban room itself was in Waverley Market, a central shopping centre joined to Waverley train station, Edinburgh’s largest and most central rail station.

According to the Edinburgh City Council’s locality index and the Social Index of Multiple Deprivation (SIMD) report for 2020, we know that the demographic in the centre is overwhelmingly white, middle-class, young to middle-aged adults who are well-educated and healthy. Considering the goal of this research, ensuring those who are underserved have the means to express their opinions about what their neighbourhood should look like is crucial. Reaching out to organisations and community leaders to ask for their time and collaboration is enough of an ask, and we didn’t want to burden these same organisations with extended travel to participate. We knew that we needed to bring the exhibition to them if we genuinely wanted their input.

Given the limited time of the project, we had another variable to consider when selecting two remote targets. It takes a long time to build a stakeholder network from cold engagements alone and we simply did not have the time and resources to do this. Relying on some existing warm connections was the practical path forward.

Leaning on the networks and insight of our existing partnerships, stakeholders and steering group members was an invaluable step. We chose Liberton as it is undergoing some drastic development plans, one that includes the first high school to include Gaelic and a litany of new housing developments. Given these local plans, we thought it important to include the impacted residents; especially considering Liberton has over twice the number of retirees and is considered about 20% more deprived than the City Centre in all except crime and accessibility. For our second remote pop-up, we selected Restarlig, which lies in north-western Edinburgh. According to Locality census data profile and SIMD, 20% of the area’s households live on £15k and below and the area holds three regions within the top 5% of deprivation in Edinburgh. The highest deprivation ranking is in education, skills and employment. This data combined with the connection to the Ripple project, one of the few community centres in the area, made this a good target to continue our research.

Our Edinburgh Neighbourhood concluded, having hosted two remote pop-ups in Liberton and Restalrig with positive results. We witnessed a deeper sense of engagement, as if people felt more comfortable sitting down and taking their time to give their honest insights in a familiar environment.

This also presented an opportunity for local organisations to take part in something positive for their members as we saw their growing investment, for the sake of their members’ inclusion in the research. When reviewing quantitative engagement numbers, these remote pop-up exhibitions have increased our engagement numbers by 10%.

As we continue to assess our findings, we can begin to conclude that a static urban room is useful as a consistent, community space. Many partners lamented the conclusion of the pilot and hope for something more long-term. It served as a space to meet like-minded advocates and collaborate on shared endeavours but was limited in its reach. For this reason, we believe that remote pop-up exhibitions diversified our engagements and yielded deeper, more honest conversations that will in time, prove to be indelible to our framework. Quality of Life Foundation is incorporated and registered in England and Wales (company number 12062786) and registered with the Charity Commission (charity number 1198624).